After Balfour: the legacy of British policy in Palestine 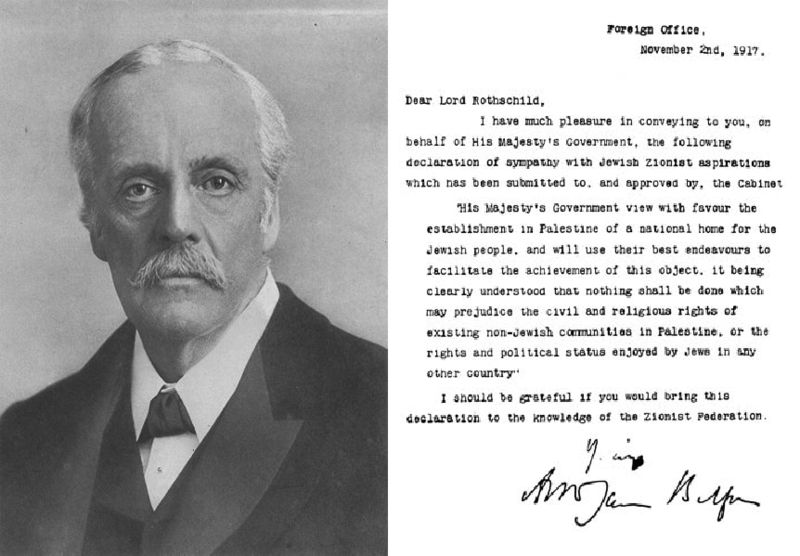 The Balfour Declaration was a statement in the form of a letter from the British Foreign Secretary Arthur Balfour to Lord Walter Rothschild, a leading figure in the British Zionist community, written on 2 November 1917. The letter made it clear that the British government backed the establishment of a ‘national home for the Jewish people’ in Palestine.

The letter was drawn up against the backdrop of the Sykes-Picot agreement: a secret treaty signed by Paris and London in 1916 that divided the Middle East into states under the control or influence of France, Britain and Russia. More than a century on, the effects of the treaty on the Middle East, including Palestine, have contributed to the insecurity in the region to this day.

The Mandate for Palestine constituted the entire legal framework for how Britain should operate during its occupation of Palestine. Despite this, the Mandate made no mention of the Palestinians by name, nor did it specify the right of Palestinians to nationhood.

Instead, it was during its rule in Palestine that Britain sought to lay the foundations for the creation of a ‘national home for the Jewish people’.

By the end of the 1920s, it became clear that this ambition would have violent repercussions.

Between 1936 and 1939, thousands of Palestinians were killed and imprisoned as they revolted in protest against British policy.

The British response took a heavy toll on the livelihoods of Palestinian villagers, who were subjected to punitive measures that included the confiscation of livestock, the destruction of properties, detention and collective fines.

During this time, British forces’ are said to have carried out beatings, extrajudicial killings and torture as they attempted to quell the uprising. To this day, there are still the ‘Tegart Forts’ in Palestine built and named by Sir Charles Tegart who had been stationed in India to punish those fighting against the British Raj and then later stationed in Palestine to control any Arab dissent.

The aftermath of British involvement

When the UK eventually decided to withdraw from Mandatory Palestine in 1947, it left decisions regarding the future of Palestine to the United Nations.

In May 1948 the Israeli state was established.  This time is known by Palestinians as the Nakba or ‘catastrophe’, during which 750,000 and 900,000 Palestinian men, women and children were driven out of their homeland by Jewish militias, and an estimated 500 villages and towns were depopulated and demolished.

To this day, there are more than 5 million Palestinian refugees registered with the United Nations Relief and Works Agency (UNRWA) in the occupied Palestinian territories, Lebanon and Jordan as a result of the Nakba in 1948 and the displacement that followed the Israeli occupation of Palestine in 1967.

Gaza, the West Bank and East Jerusalem have now been under occupation for 50 years, devastating the lives of millions of Palestinians.

“Zionism, be it right or wrong, good or bad, is rooted in age old traditions, in present needs, in future hopes, of far greater import than the desires and prejudices of the 700,000 Arabs who now inhabit that ancient land”

The discriminatory language used by Sir Arthur Balfour and seen in the Balfour Declaration and the British Mandate reveal the prejudiced rational behind British foreign policy in Palestine.

Britain has a unique responsibility to make amends for its past by ensuring the basic human rights of Palestinians are met, to help stop Israel’s violations of international law in the occupied Palestinian territories and to sure that future generations of Palestinians can live in dignity.

To send a letter to the British Foreign Secretary Boris Johnson, or to your local MP, click here.

Death and destruction in the classroom: teaching and learning under occupation 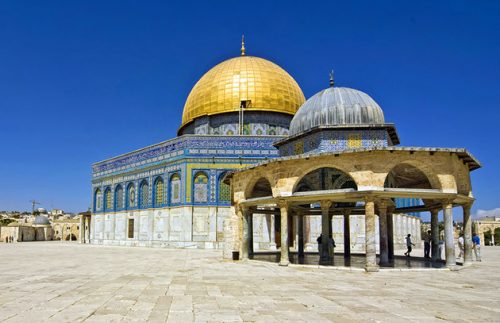 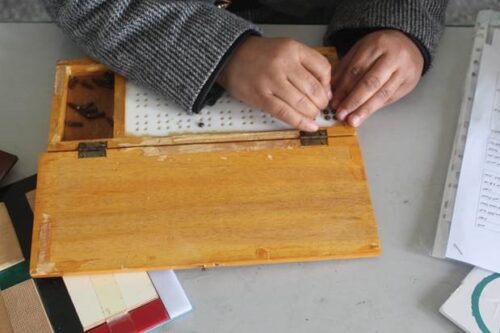