5 things you should know about the Nakba 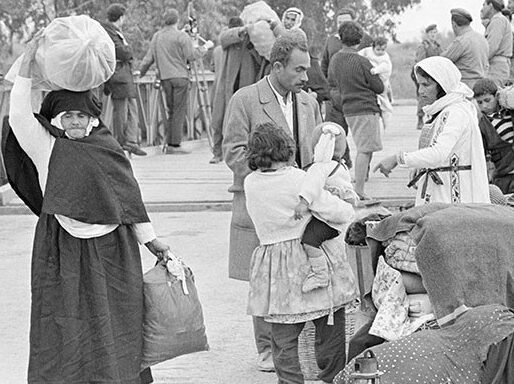 Today marks 71 years since the beginning of the Nakba- the mass displacement of more than 750,000 Palestinians from their homes. There are now more than 5 million registered Palestinian refugees struggling with ongoing poverty and deprivation.  Today, on Nakba Day, we’ve listed 5 things everyone should know about Palestinian refugees.

Palestinians refer to the destruction of their society and the takeover of their homeland inn 1948 as al-Nakba, “The Catastrophe”, or “the Disaster”. But unlike a natural catastrophe, the Nakba was the result of a military plan to establish the state of Israel on what Zionists claimed was “a land without people.”

2. An estimated 500 villages and towns were destroyed

The villages and towns were depopulated and demolished by the Israeli forces to prevent the return of the refugees. Many people locked up their homes, taking their keys with them, hopeful they would one day return.

An estimated 750,000 Palestinian men, women and children fled or were driven out of their homes by the Israeli militia.

4. UNRWA (the United Nations Relief and Works Agency for Palestine Refugees in the Near East) was created to respond to the needs of the 750,000 Palestinian refugees

Since its creation in December 1949, UNRWA began responding to the humanitarian needs of the 750,000 Palestinian refugees who fled or were expelled from their homes during the Nakba. Today UNRWA still provides education, healthcare and social services to over 5 million refugees.

5. The Naksa (The Setback) in 1967 is also marked by Palestinians

In 1967, more than 400,000 Palestinians were expelled from their land, marking the second expulsion of Palestinians from their homeland and the beginning of Israel’s military occupation of Gaza and the West Bank.

By making a small donation today, you can provide a vital lifeline of support to some of the most vulnerable refugee families.