Gaza Under Attack: 2014 and Beyond 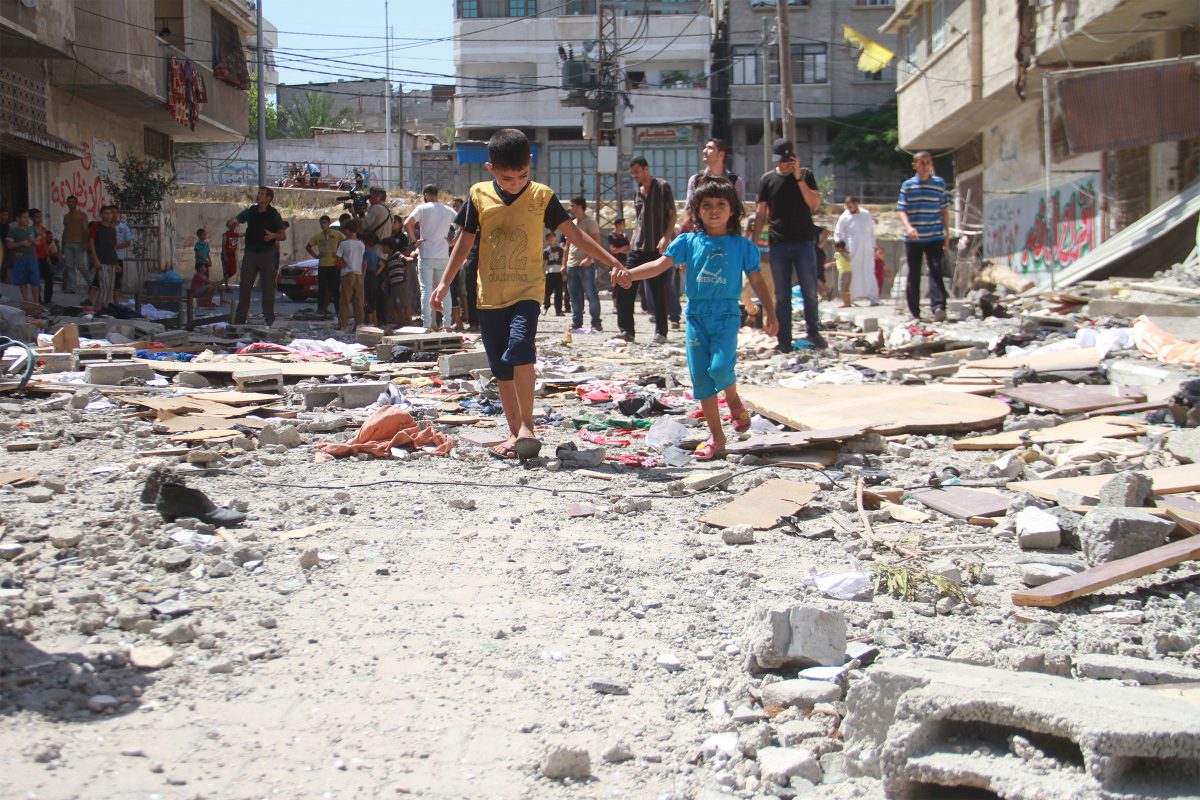 Today marks six years since the shocking seven week assault on the Gaza Strip in the summer of 2014. ‘Operation Protective Edge’ as it was termed by Israel, saw over 2,300 people killed in Gaza and over 11,000 injured. During the conflict, 500,000 people were internally displaced and over 20,000 homes were permanently destroyed. Hospitals, already poorly resourced and stocked, were dealing with daily influxes of people and emergency services were also in constant danger as they sought to help people.

The damage caused by the bombardment and ground invasion remains to this day. The ongoing siege and previous two large scale assaults have made it impossible for Gaza to heal. Gaza is unliveable- 95% of its water is undrinkable, there are constant power shortages, the economy is stagnant and vital medications and supplies are at zero stock level. Palestinians in Gaza are cut off from the West Bank and the rest of the world. They have no freedom of movement and cannot leave to find work or safety or even seek medical treatment without permits that are routinely denied. They are ill equipped to deal with the current global pandemic and Gaza’s ongoing humanitarian crisis will likely turn into a catastrophe should the virus spread.

Over 490 children were killed during the violence inflicted on Gaza in 2014 and over a third of children in Gaza have some form of ongoing traumatic stress. Gaza is subjected to ongoing violence and the constant threat of it escalating causes everyone in Gaza immense stress and anxiety. Despite expecting another large scale attack, Gaza is unable to prepare itself for it or improve its services and responses.

The 2014 assault was televised and reported widely across the world. It was the subject of much debate, speculation and online arguments. Even Madonna tweeted her concern for the children of Gaza.

However, the dehumanisation of Palestinians was all too present in the news coverage. As always, very little context was given for why Gaza was being bombed and a lot of focus was given to rocket fire from Gaza. Even as video and pictures of the Bakr boys killed on the beach were shown, there were armies of paid trolls trying to blame their deaths on Palestinian factions or blame their parents in some way. There was little action from our own government, with the usual focus on Israel’s security and defence rather than the bombing of school shelters and playgrounds. The assault brought people out into the streets and caused constituents to contact their MPs and ask them to take a stand. Even as our political leaders were slow and ineffective, the spirit of compassion and concern for Palestinians could be seen in the public reaction.

As an organisation working in Gaza, with colleagues on the ground, we were extremely concerned. It was obvious that our field office were worried and scared but they continued in their duties as best they could and we will forever be inspired by their resilience.

Every year the fear of another attack looms over Gaza and every year as people remember their lost loved ones and try to heal their own trauma, there is more sadness and injustice added to Gaza’s collective experience. The 2014 assault on Gaza should have led to real change and action for Gaza. A focus on allaying the humanitarian crisis, on helping its economy and on ending the siege. It should have led to calls for justice against brutal war crimes and more space for Palestinian voices in coverage of Palestine. Sadly, we have seen defunding of UNRWA, a tightening of the siege, increased repression in the West Bank and now planned annexation of land.

Six years have not seen healing and the people of Gaza continue to suffer. It is important to provide as much support as possible on the ground in Gaza, to help ease the burdens of struggling families and to advocate for their rights in our own communities. Gaza is still under siege, and as we remember the horrific events on 2014 we shouldn’t also focus on how to help and how to show our solidarity with the people of Gaza.