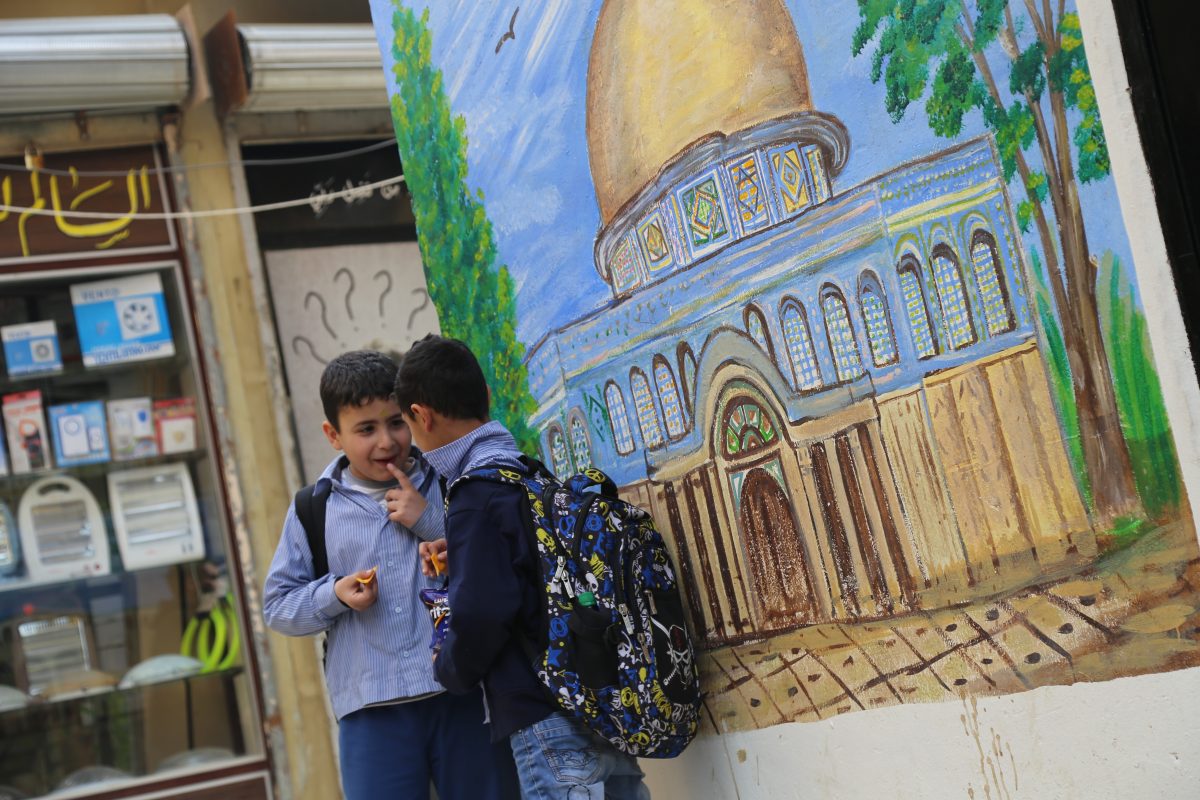 1. Ein el-Hilweh means “sweet, natural spring”. It was chosen in 1948 by UN staff after a nearby stream. It was originally established by the International Committee of the Red Cross in 1948 when tents were provided for the Palestine refugees arriving from northern Palestine. 2. It is the largest Palestinian refugee camp in Lebanon. Originally built for 20,000 people, the camp is now hosting over 120,000 people – crammed into a 1.5 square kilometres. Palestinians are unable to build out so they have to build upwards. 3. The camp has received the highest number of Palestinian refugees from Syria. The influx of almost 15,000 Syrian refugees is putting further stain on services and jobs and there’s a growing need for mental health services among the population. Depression, anxiety and PTSD are commonplace. 4. The health services are overcrowded. A doctor can see up to 117 patients a day, allocating very limited time for each consultation. Medical staff often mention the negative impact that checkpoints in the camp have on their work. When fighting takes place in or around the camp, many doctors are unable to enter to treat people. Doctors have to apply for special permits to leave the camp even to just simply replace oxygen canisters. 5. Oversized classes make up poor learning environments. Schools also suffer from a high dropout rate as students are often forced to leave school in order to support their families.

6. In the camp, poor layout, cramped space, narrow lanes and poor roads have an impact on people’s lives. Old people, the disabled, and shop-owners find it incredibly difficult to manoeuvre the streets. The air in the camp is polluted and repairs of the water supply system and upgrade of sewerage system are badly needed. 7. Poor housing conditions are commonplace. Most of the apartments are overcrowded, each currently sheltering 4 to 6 families. Most rooms are empty of furniture, only containing mattresses on the floor. Sometimes one mattress is shared by several family members. Some apartments don’t have electricity, heating system, or natural light.

8. Discriminatory laws. Palestinians are barred from 21 professions. Finding a job is extremely difficult and this has created a devastating economic situation in the camp. Palestinian refugees don’t hold Lebanese citizenship, which gives them little influence over the political decisions of the country in which the majority of them have lived for over 65 years. They can’t inherit or buy property, which means that they can’t give their house to their children.

9. The home of Handala. Naji al-Ali, a Palestinian cartoonist, was exiled with his family during the Nakba in 1948 and lived in Ein el Hilweh refugee camp. Naji al-Ali created Handala, one of the most famous symbols of Palestinian identity and defiance. Handala represents ten year old Naji al-Ali, who was forced to leave Palestine and would not grow up until he could return to his homeland.

10. If you’d like to get a glimpse into life inside the camp, you can watch A world not ours, a movie by Mahdi Fleifel, who grew up there; or his recent A man returned, winner of the Berlinale’s Silver Bear Jury Prize, which tells the story of Reda, a 26 year old Palestinian refugee who spent the past three years in Athens, hoping he would be recognised as a refugee in Europe. It didn’t work and now he’s back at the place he originally fled from, Ein el Hilweh.