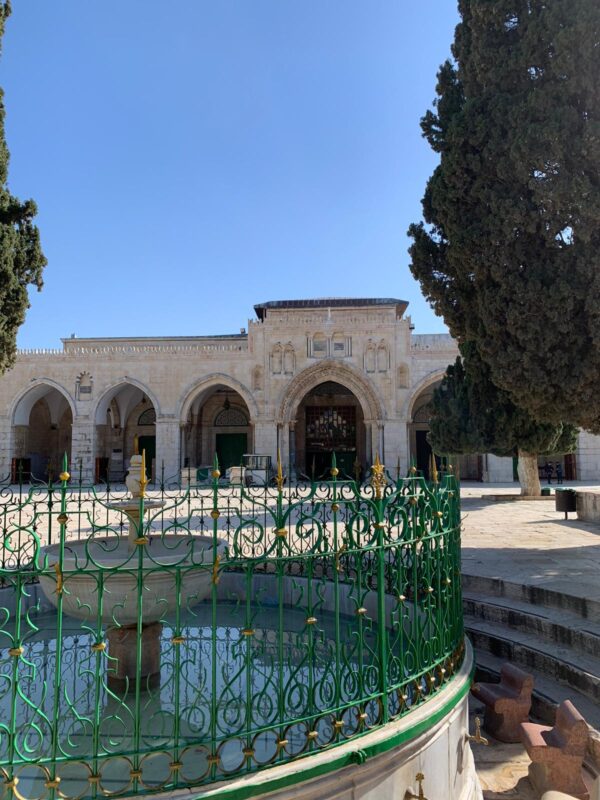 Inside the Al Aqsa Compound

“And gathered for Solomon were his soldiers of the jinn and men and birds, and they were [marching] in rows”. (Quran 27:17)

Prophet Sulaiman (pbuh) was the youngest son of Prophet Dawood (pbuh) and was born in Jerusalem.  Allah (swt) bestowed him with many gifts, including the ability to speak to animals and control Jinns. During his 30 year rule over Palestine following the death of his father, Prophet Dawood (pbuh), he commanded his Jinns to restore Masjid Al Aqsa, which is located in the Old City of Jerusalem.

It is said that some of the walls and two of the pillars that were constructed by the Jinns of Sulaiman (pbuh) can still be seen in the basement area of the mosque.

The Mausoleum of Prophet Sulaiman (pbuh) can be found within the compound of Masjid-Al-Aqsa and is said to be the place where he passed away while leaning on his staff.

Masjid Al Aqsa is considered the third holiest site in Islam, and is the second mosque to have been constructed after the Masji al-Haram in Mecca.