Yasmin Khan, project officer at Interpal, describes her experiences meeting Palestinian women during her travels across Lebanon and Palestine.

El-Buss is a relatively small camp, with over 11,000 registered refugees according to UNRWA. In reality, camp residents estimate there may be over 15,000 people living in the camp, including some Syrian refugee families. The camp has a ‘main road’ that runs along it, and this is where the two UNRWA secondary schools are, as well as some shops, a butchers, a beauty parlour and the communal bins.

The camp is one of the friendliest places I have ever been, and people smile and call out ‘salaam’ to you, as well as asking if you need any help or if you have time to sit with them for tea. After sunset, you can sit outside with people to escape the heat when the electricity is off and they will show you family photographs and tell you about their relatives in other places and their lives in the camp.

It was in El Buss that I met a lovely young lady called Saba, who was a teacher and wanted to marry her fiancé as soon as possible. She was very excited to have a wedding, and to marry the man of her dreams, as were her family. Her fiancé was Lebanese, and this also meant that her children would have Lebanese citizenship and not face the many restrictions and issues Palestinian refugees do. She invited me and my colleague over for lunch with her parents, and we sat with this very loving, close knit family and were fed falafel and hummous. When I returned to El Buss a couple of years later, by a lucky coincidence, Saba was in my taxi as I headed for another camp and she was now heavily pregnant.

In a 20 minute, very hot taxi ride Saba told me about her wedding, moving out of the camp and of now teaching at a school just outside Rashdieh refugee camp. She said she was fortunate to have gotten the job, due to her excellent proficiency in English and also because she was married to a Lebanese man. Saba spoke of missing living in the camp, but also not missing the long power cuts and the instability she felt as a teacher at an UNRWA school. For women like Saba, being hardworking and capable are not enough to give them the careers they want and deserve. They are held back by restrictions due to their gender and their refugee status.

Refugees in Lebanon were legally denied access to a number of professions and although this is being addressed, they are still unable to gain employment on equal grounds with Lebanese citizens. Most Palestinian refugees do not live in the designated refugee camps, however they are able to gain employment as doctors and teachers within the camps and teaching is encouraged as a good profession for women. This means that a lot of women wish to become teachers, but it also means that many women do not follow their true passions and aim for safer routes to ensure they can look after themselves and their families. Many of the Palestinian women I met felt a strong sense of duty to do better for their families and their community. They were focused on making things better by volunteering, by being carers, by helping care for the children of other women who went to work. With a cut in UNRWA services and funding cuts from the US as well as less funding in general, services in the camps will suffer and women will suffer. Women will lose avenues for work and independence and they will bear the brunt of the frustration and social decline that is inevitable as poverty worsens.

Palestinian women do not need us to empower them, trust me- they are powerful enough! What they need is for us to help remove or lessen the obstacles in their path.

Look out for Part 3 of this blog series on Sunday 24th March. 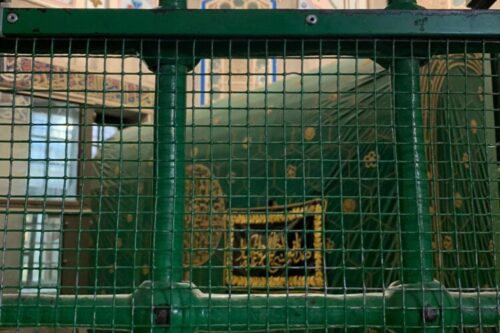